It’s morning. Early. Dawn is just breaking over downtown Kitchener. A pinkish cast inches its way onto and across the mix of buildings laid out in front of me. Solitary plumes of smoke punctuate an otherwise calm urban landscape. I pull the curtains open wider, cinch my robe tighter, and look more intently out the massive round-arched hotel window – its intricate brickwork inviting the same serene pink hue.

Straight below and in front of me, four storeys down, Queen Street seems to emerge from directly beneath my feet as though it’s been birthed from this building itself: the historic Walper Hotel. There’s a story here. One that Walper GM Brad Lacey relayed to Liz and me last evening. ‘When Abel Walper constructed his hotel in 1893,’ Brad told us, ‘he insisted on building it right up to the edge of his property line – which happened to include Queen Street south of King. So Walper built. And the city was forced to re-route Queen a handful of feet east to accommodate this idiosyncratic encroachment.’ Local personalities. Local history. I revel in this stuff.

Two floors below me, the hotel’s Barrister’s Lounge has begun breakfast service. It was in this lounge that Al Capone, so the story goes, once met representatives from Waterloo’s Seagram distillery to discuss running spirits from the region into Prohibition-era America. Remnants of that history remain, like the nineteenth-century vent in the lounge’s ceiling.

So much about this place evokes historic wonderment.

I turn my gaze from the landscape outside our hotel window to the scene within. Liz remains asleep on the king-sized bed, wrapped in stark white sheets. Pillows – so many pillows – are everywhere. On the bed. And floor. And on the minimalist red chair where I’d spent time last night relaxing while Liz explored the perks of our room. A ‘Cityside King’, as Brad had called it. Featuring mid-century modern bedside tables and furniture. Unfinished hardwood flooring. Fresh fruit and squares upon our arrival. Boxed water in the fridge. A glass pour-over coffee station with locally-roasted coffee by Smile Tiger Coffee Roasters. Bath products by Buck Naked Soap Company and Skoah. Robes by Pamuk & Co.

With coffee on the brain, I rouse Liz. Within minutes, we’re enjoying mugs of steaming black joe and reminiscing about last night. About our leisurely drive from Guelph to Kitchener for this staycation. Our arrival at The Walper – where Brad greeted us and toured us around the impeccable hotel. The swanky suites and inner courtyards. Sumptuous event halls and corporate meeting rooms. Natty, luxurious lounge areas. ‘The Lokal’ – Walper’s hotel bar.

We spent quite a bit of quality time at the long wraparound bar, actually. The streamlined aesthetic, bold artwork and custom chandeliers had it feeling more like Queen West than Queen South. The attentive staff recommended a few of the bar’s distinctive cocktails, including ‘Amethyst Sky’ (Pisco El Gobernadora, Crème de Violette, simple syrup, lime and egg white) and ‘Ungrateful Apprentice’ (Gordon’s gin, Wyborowa vodka, cranberry inflused Campari, lemonade and re-hydrated cranberries) which we savored before deciding where to go for dinner.

It’s never an easy choice around these parts. Indeed, the region’s culinary scene continues to explode as more chefs take advantage of our communities’ proximity to so many farms, markets, and other local food producers. We finally made up our minds – to eat in. Right here at the hotel. Appetizers at the bar, and dinner at TWH Social – the hotel’s subterranean restaurant that folks can access either through the hotel or from its main entrance on King. The Lokal apps were delectable – and played homage to Kitchener’s German roots. (Hey, when in Berlin…). Kaesespaetzle (house made bacon lardons, grainy mustard, cheese, chives, parsley and spaetzel), and sausage and pretzel (house made sausage and pretzel, cheddar cheese sauce and beer mustard).

Then it was off to dinner at TWH Social. While the mains sounded phenomenal, and I knew from experience that they were fabulous (the duck breast with brioche bread pudding, honey and thyme roasted sunchoke, swiss chard and juniper jus is just gorgeous), we settled on more shareables. Pan-seared scallops (with cauliflower cream, bacon lardon, brioche croutons and pickled onion) and beef cheek poutine (braised beef cheeks, cheese curds and gravy). Fully satisfied and content, we ambled back to our ‘Cityside King’ to settle in for the night.

And now, morning. We enjoy breakfast at the Barrister’s Lounge: avocado toast (with tomato, arugula, ricotta and marinated red onion with side fruit), Walper benedict (sourdough, arugula, bacon, poached eggs and hollandaise with side tomatoes), and sausage (because I always order sausage). Coffee. And freshly-made donuts – because they’re incredible.

While we’re eating I look out one of the lounge’s huge windows at the building across the street. ‘Where Walper’s barrister’s office was located,’ Brad had told us, explaining the lounge’s name. I think about the range of historical figures who occupied the elegant spaces of this place: Walper, Capone, Seagram. And jazz legend Louis Armstrong, who played his trumpet from a second-storey balcony. The Queen Mother. Eleanor Roosevelt. Duke Ellington and Bob Hope. James Brown and Tony Bennett. And our current Prime Minister, Justin Trudeau, who stayed at The Walper the same night the hotel was host to Governor General David Johnston.

And us, of course. Liz and me. Here, in this gorgeous boutique hotel. Situated firmly in downtown Kitchener. And seated firmly in history, too. 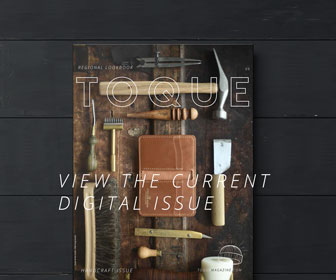