IT’S NO SECRET THAT WE’VE BEEN HUGE FANS OF WILLIBALD FARM DISTILLERY SINCE THE DAYS THE BOYS OPENED SHOP. INDEED, WE FEATURED THE THEN-FLEDGLING BUSINESS IN THE INAUGURAL ISSUE OF TOQUE, AND THEN PUT THEM ON THE COVER A YEAR LATER WHEN THEY OPENED THEIR RESTAURANT. NOW WILLIBALD’S EXPANDING THEIR BUSINESS AGAIN – TO INCLUDE CRAFT BREWING IN THEIR OPERATIONS.

WE RECENTLY SAT DOWN WITH WILLIBALD HEAD BREWER, JOE FREUND, TO SEE WHAT ALL THE FUSS IS ABOUT. (AND TRUST US, THE FUSS IS REAL.) WHILE JOE’S ONLY JUST BEGUN HIS BREWING JOURNEY ON THE FARM, HE’S ALREADY RELEASED SOME BANGERS – INCLUDING WILLIBALD’S DISTINCTIVE AND VERY IMPRESSIVE ‘PARTY HOUSE SPECIAL’ IPA AND THEIR ‘BRICK TOUR’ COCONUT STOUT. BE SURE TO MAKE THE TRIP TO WILLIBALD TO TRY THE BEER – AVAILABLE ON-TAP AND IN CANS.

BEFORE SETTLING AT WILLIBALD, YOU’VE HAD WORK STINTS AT SOME HEAVY HITTERS. CAN YOU SAY A LITTLE ABOUT YOUR BREWING JOURNEY? I started brewing professionally in 2014, and throughout my tenure in the industry I’ve been fortunate to work at some amazing breweries – including Monkish (California), Jolly Pumpkin (Michigan), and Beavertown (UK). The brewing industry is a closeknit community, and it’s introduced me to a crew of amazing lifelong friends.

WILLIBALD IS KNOWN FOR ITS UNIQUE BARRELAGED GINS AND CREATIVE RESTAURANT MENUS. HOW WILL ITS BEER EXTEND WILLIBALD’S TRADITION OF EXPERIMENTATION AND COLLABORATION? Much like Willibald’s spirits and restaurant menu, our ultimate goal with the brewery is to brew beer that embodies both time and place. That is, we want to make beer that’s representative of the farm – from its rural and seasonal character to the diverse produce we grow here. And we want to collaborate in the here and now, with like-minded folks.

WHAT ARE SOME OF YOUR FAVOURITE BEERS FROM OUR REGION AND BEYOND? THOSE BREWS THAT INSPIRE YOUR DIRECTION AS A BREWER. In Ontario, I’ve always been a big fan of Bellwoods and what they’re doing – they’ve been a leader in Ontario since they started. I’m also a big fan of Sonnen Hill out in Caledon. They’re making some really great pale and mixed-fermentation beers. To this day, my favourite brewery is still Jolly Pumpkin Artisan Ales in Dexter, Michigan.

HOW WOULD YOU CATEGORIZE THE TYPES OF BEERS YOU’LL BE BREWING AT WILLIBALD? We’ve been making a lot of hoppy beers since we began production. However, in the long term we’d like to focus on beers that are more representative of the farm. We have great access to oak barrels from the distillery and want to take advantage of those, too – from stouts to mixed-fermentation beers. And lagers.

WHAT ARE SOME OF YOUR FAVOURITE REGIONAL HANGOUTS FOR A GOOD MEAL AND GREAT PINTS? I’m pretty spoiled with the food at the farm but when I do go out I’m a big fan of Jane Bond (Waterloo) and Arabella Park (Kitchener) for pints. Both have great food too. Also, Lancaster Smokehouse is an institution in the area and always has a great draught list to match its fantastic barbecue platters 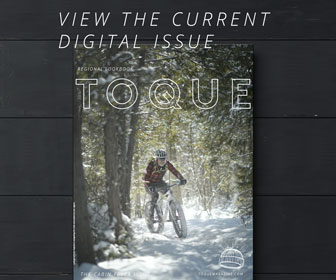 This error message is only visible to WordPress admins

Error: API requests are being delayed. New posts will not be retrieved for at least 5 minutes.