‘By far the greatest and most admirable form of wisdom is that needed to plan and beautify cities and human communities.’ -Socrates

‘Every town needs a superhero,’ I found myself dictating into my phone while I walked to my van across the (seemingly always packed) parking lot from Smile Tiger Coffee Roasters in downtown Kitchener: a benevolent and skilful – and inspiring – protector of the people. Setting my steaming americano on the hood so I could retrieve my keys, I continued: ‘And Scott Higgins just happens to be one of ours.’ I know I shouldn’t begin an article like this – that it’s too glib. Clichéd. Cheesy, even. And yet, now that I’ve arrived back at TOQUE headquarters in Guelph some thirty-odd minutes later and put pen to paper, it’s what sticks.

And, truthfully, it’s what I’ve felt for a long time.

Ever since first hearing about Scott and his company, HIP Developments, a handful of years ago. From my dad. At my parents’ house in Kitchener’s Old Westmount neighbourhood. Indeed, it seemed as though each time I’d drive in for a visit from my place in Guelph to my childhood home, my pops would have a stack of articles he’d saved from the Waterloo Region Record, or Exchange Magazine, waiting for me. And more often than not, they’d contain reports on HIP’s latest project. Or Scott’s vision for the region. Neatly cut out with scissors. The most interesting bits beautifully highlighted in orange or pink.

These articles spoke of lofty, ambitious initiatives. Urban developments, to be sure. But so much more than mere building projects. Indeed, HIP developments seemed to focus as much – or more, even – on building out community than on building up condos. They invoked grand civic squares. And public art. Vibrant spaces where folks might be encouraged or inspired to interact with each other and connect with the environment around them. Places where kids might go to be creative. Learn new things. Expand their minds. And, as Scott has suggested, grow up not only to change the world, but to change the world from right here in Waterloo Region. ‘Because ultimately,’ Scott Higgins says, ‘it’s not enough for this region to grow and nurture the brightest minds. We also need to retain them. By investing in this community, of course. And more specifically and more urgently by redefining what a developer’s responsibility should be when it comes to lived spaces – both inside and outside of a two-bedroom condo unit.’

Take HIP’s STRATA development in Uptown Waterloo, for example – a condominium project that promises to include five floors devoted specifically to STEAM (Science, Technology, Engineering, Arts and Math) opportunities for kids. This STEAM initiative, to be called ‘LAUNCH’, will be a regional hub for creative exploration, STEAM success stories, and unique programming. ‘Pairing a gorgeous condo development with space where our community’s kids’ creativity, curiosity and innovation thrive is far from accidental,’ Scott insists, ‘Instead, it’s a perfect example of how we’re re-envisioning lived spaces while we strive to build resilient, creative, and fun communities.’

HIP’s ability to inspire community confidence was on full display once more in Waterloo when, not even a year ago, the developer sold out its ambitious Circa 1877 condominium project in less than a weekend. Incorporating the old Brick Brewery building into its design, this nineteen-storey, 188-unit development right on the ION LRT line promises to invigorate the Uptown core. ‘It’s important to me,’ muses Scott, ‘that we continue to develop in our community’s core[s], and build along public transit corridors that connect folks both to their places of work and to public cultural spaces.’ Scott sums up this recurrent theme: ‘To be sure, connectivity is key. Connecting folks to spaces beyond their condos.’

And we’re not talking only about Waterloo. HIP’s Gaslight District project in Cambridge – a fantastically-inspired development that promises to transform the former Southworks foundry into a bustling hub of residential, commercial, retail and dining spaces – also promises to animate and inspire community. Albeit in a different way. At its centre is Gaslight Square, envisioned as a vibrant urban park. Paul Kalbfleisch, Scott’s confidante and author of Waterloo Region’s influential ‘Creative Intersections’ strategy, offers some insight into the vision driving these initiatives: ‘For HIP, home isn’t limited to the condos it builds,’ he says. ‘Instead, it’s about the lived spaces both inside and outside your condo. It’s about boardwalks and promenades, parks and squares. It’s about public spaces where culture and identity can flourish.’ Like Gaslight Square, to be sure.

And Tapestry Hall, too, which will emerge as a premier event space inside the Gaslight District – showcasing a phenomenal art installation by University of Waterloo Architecture professor and globally-renowned artist Philip Beesley. Titled Meander, this permanent piece of ‘living architecture’ derives its dominant themes from the Grand River, which flows through downtown Galt mere metres from Gaslight. ‘The Grand is a central piece of our region’s narrative,’ Paul explains, ‘and all too often we ignore it.’ He elaborates: ‘This dynamic piece of art is meant to bring attention back to the river, and it will literally react to the flow of the waterway through the use of technology.’ I am transfixed and ever more curious as I listen to Paul describe this ‘mix of art, science and engineering which will be a perfect example of creativity informing technology, and vice versa.’

Over in Hespeler Village, HIP is at it again with its Riverbank Lofts – a boutique adaptive re-use condominium development that’s transforming an iconic century-old factory on the banks of the Speed River into a modern living environment. Historic stone walls. Solid wood posts and beams. River views. Riverbank Lofts is the perfect project to re-animate an area that seems to have forgotten that it was once a bustling urban core. ‘I was born and raised in Cambridge,’ Scott remarks, ‘and grew up watching these iconic buildings become derelict and run down.’ Ever poised to inspire and enable, he continues: ‘It’s a dream of mine to build vibrancy, quality of living and economic success back into our communities. Riverbank Lofts [and, I would add – in admiration – all of these distinctive projects that will surely re-define and enhance our region] promises to do just that.’ 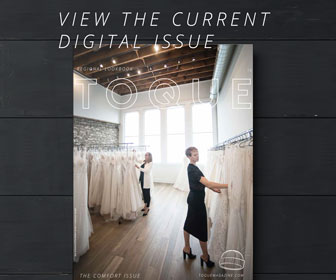 
Restauranteur and Chef Nick Benninger at one of hi

Looking for that single online destination where y

On days like these, when cabin fever can get the b

Visit our bio for a link to a throwback piece from

Support local! While we all attempt to navigate th

Because a bit of social distancing can go a long w