I have a theory about what makes a thriving coffee shop – those gorgeous spaces that continue to spring up throughout our region into bastions of good conversation. And company. And community.

And it’s got very little to do with coffee.

And on a warmer-than-usual Thursday afternoon in mid-March, I find myself seated across from Katherine and Joel Gingrich – masterminds behind Waterloo’s Death Valley’s Little Brother Craft Espresso & Whisky (DVLB); Kitchener’s Smile Tiger Coffee Roasters; and more to come* – at Smile Tiger ready to test my theory. Of course I begin by complimenting the coffee – a rich Americano served in a satisfyingly-chunky mug. And then I dive in.

‘In my mind,’ I begin tentatively, ‘today’s coffee scene isn’t really about the coffee at all.’ I look up from my steaming drink, anticipating hints of disdain in either Joel’s or Katherine’s eyes. I see only signs of curiosity (and perhaps the slightest hint of bemusement on Joel’s face). Confidence heightened, I continue: ‘I think coffee – albeit great coffee – has become but a point of entry into a milieu that’s actually about sharing fully-immersive experiences in gorgeously-appointed environments where folks are drawn to gather. And chat. And muse. And work, of course.  But also converge to be inspired by meticulously-designed space.’

Joel seems ready to respond. I hold my breath. ‘I couldn’t agree more,’ he says. I’m relieved. He elaborates.

‘For me, coffee’s a means to an end,’ he says, ‘that helps satiate a real urge to get creative with design.’ He continues: ‘For years, I poured my creative efforts into corporate gigs as Art Director at Toronto agencies. It was awesome, but didn’t afford me the creative freedom that comes with visioning DVLB and Smile Tiger.’

‘Of course,’ adds Katherine, ‘we take our coffee seriously too.’ Having lived in Australia – the mecca of coffee culture – for a time, Katherine’s not about to downplay Smile Tiger’s phenomenal in-house roasted beans. Beans that are gaining a cult following. Beans that are all named after Beck songs. (Joel’s creative influence knows no bounds.)

Coffee’s a means to an end, then. A muse, even, that stimulates a sort of expressive curiosity imprinted everywhere I look in this bright space located in one of Kitchener’s plethora of two-story industrial buildings (which hearken back to the city’s history as manufacturing leader among cities of the British Commonwealth). It’s apparent that Joel’s been busy here. The table at which we’re seated – a massive, perfectly-proportioned wood ‘harvest-style’ piece – looks like it’s been custom-made for this industrial space. Which it has. Indeed, except for a strategically-positioned single leather chair and the rich green espresso machine that functions as the workhorse of the place, everything inside Smile Tiger has either been designed or built to highlight the space by Joel and his team.

‘We design our businesses around the buildings in which they reside and in response to the architecture, materials, and history of the spaces they inhabit,’ Joel says. ‘Here at Smile Tiger that’s meant accentuating the initial industrial space with handcrafted finishes and furniture that complement the original materials of glass, brick and wood.’ From the custom wood furniture and original wood floors to the exposed brick walls; from the floor-to-ceiling windows to the beautiful early factory lighting whose retrofitted LED bulbs enhance the lightness of the site.

Winston Churchill once posited that ‘We shape our buildings; thereafter, they shape us.’ In the case of Katherine and Joel’s businesses, seemingly the opposite rings true.

In contrast to Smile Tiger, Death Valley’s Little Brother is a much darker, almost brooding space laden with design cues that speak to its long-forgotten past as the end of the line for the horse-drawn tram system that used to run up and down King Street in Waterloo. ‘The tracks used to come right into this space, while the horses were kept just below us,’ Katherine observes. It’s like Uptown’s very own Wild West. No wonder the place feels a bit like a saloon. And hunting club. And hipster mecca. All the while serving great coffee. And whisky, of course. (What else would a coffee saloon in the middle of Waterloo serve?)

And did I mention the antlers on display? The mounted deer head hanging from a dark exposed brick wall. The blackened front counter. The bottles of whisky displayed on dusky wooden shelves. The leather furniture. The piano. The custom tables made, as Joel notes, of re-purposed ‘bowling lanes’. The metal pig head mounted to the side of the front counter whose nose has turned shiny from folks rubbing it for luck.

I can’t help but notice the stark contrast between the two businesses – Smile Tiger’s bright cheerful space and DVLB’s darker tones. ‘There’s a deliberate duality at play in the design of the two businesses, to be sure,’ Joel observes. ‘And within each business too.’ The two business’ mascots, or ‘spirit icons’ – each a mix of two animals – attest to this.  At DVLB the mythical ‘jackalope’, a fabled combination of jackrabbit and antelope, represents the dual personality of the place as a coffee shop (by day) and whisky spot (by night). And at Smile Tiger, it’s the tiger and the dove – representing the powerful and tranquil natures in coffee.

Oh, right. Coffee. That’s what these beguiling places are all about, aren’t they? Yep. And so much more.

*DVLB is owned by Katherine, while Joel is one of several Partners at Smile Tiger 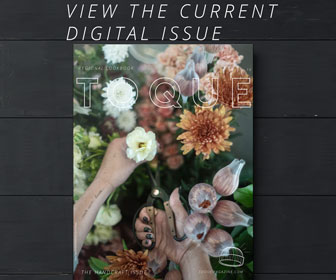 Next up: ‘The Provisions Issue.’ Because every

It’s about that time!! It hasn’t been easy, an

Portrait of a brewer. Killin’ it, as usual.

Great shoot this morning at @sharp_knifeshop – can

Did you know that an entrepreneur in Hamilton’s

Today we had the incredible pleasure of spending t

While ‘The Food Issue’ may be out of stock now

WILLIBALD’S BIERGARTEN: MY FAVOURITE PLACE – AS IF ANYONE NEEDS REMINDING

HOLIDAY GEMS: WALK THE TALK IN THE DTK